skip to main | skip to sidebar

The new home of the Unseen Ghost Brigade, UnseenGhostBrigade.org has just launched, so head there for updates, videos and more. 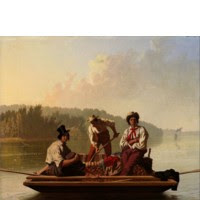 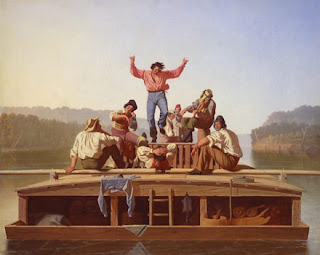 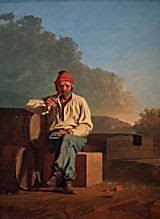 an Experiment in Theatre of the Unseen

Themes
• the interest of industry vs. the interest of living things
• transient ghosts
• danger/change/unknown vs. stability/permanence/stasis
• the relationship between natural forces of the river
and the people
that inhabit it.

A force that possesses an intrinsic current, like the Mississippi itself, resists mightily all attempts to stabilize it. Great suffering has come, and will come, from such attempts.

This show is comprised of a band of ghosts who all died in someway on or in the Mississippi River. They had been relegated to the lower dregs of society because they gave outlets to forces that society tends to control, and are therefore representative of ideals manifested inside a controlling society. Within each ghost is a current that drives them and it is this current that society tried to crush. Some characters that we have discussed are two lovers, one who is trying to say goodbye, and one who is trying to bring them both back to life by building a strange machine. Other characters we’ve discussed are gamblers, river rats, prostitutes, businessmen who tried to control the river and died in the process, shanty boat caravans, etc. The audience is traveling down the river (figuratively speaking), experiencing the ghosts as they are experiencing the river; the audience is traveling down the river whose banks are littered with ghosts. The ghosts tell their stories (through surrealist representations of their death), have conflict with each other, and comment on the present as well as reveal the past.

Purpose for Telling These Stories

We wish to make connections unbiasedly from the performers to the audience, and within the audience as well, in contrast to the controlling effects of a society that maintains us in stasis and static hierarchies. We seek to connect people through a dialogue that will open a way to find a commonness within them. We aim to do this without being didactic, only to propose that we have more choices than are often presented to us and therefore we each need to decide for ourselves (collectively and individually) what is important. We will propose this by asking questions, not in an attempt to find any one answer, but to encourage the act of questioning. We are creating this theatre as a way of seeking a kind of justice for the injustices that have been done and are continuing to be done; however, we choose the way of theatre because it can affect not only the mind, but the emotions and the soul through music, humor, movement, and play.
Posted by Dash at 5:53 PM No comments:

Jada Bilchy <jadacalypso@yahoo.com>:
This all sounds excellent. I am totally stoked on cooking. I would like to be in the performance, if needed, as well.
My building skills are fairly limited but given basic tasks I am capable. In terms of cooking, propane tanks and two burners works well; a gas grill is also good but not totally necessary for such few people. I think probably if I am privy to design plans I can figure out how these can be arranged; it's important there is a safe designated area because obviously cookin on moving water can be perilous. Also, the route is important - well for everything, obviously, but in terms of docking where there is potable water for washing dishes in tubs and drinking.
AAAH so exciting!!
Posted by Dash at 1:58 AM No comments:

an initial response to the proposal.

woods here:
right now I'm more excited about this project than I ever have been, having just read the project proposal for the first time. everything there rings true with me. it is only for a conspicuous absense that my response to it is anything but 'hell yeah!'. the destruction wrought by attempts to subvert the energies of the river is a profound and timely theme, but in the proposal there is no mention of the the relationship between the natives and the river/watershed before the arrival of conquesting europeans. I'm no expert on the native peoples of the mississippi (though perhaps I will be by the time we're cracking champagne bottles on the stern of the... hey, another point for future discussion, what are we gonna name this vessel?), but having cohabited with the river for countless generations I can only imagine that they accheived a stasis of a kind with the river. harmony is a better word than stasis probably because it implies fluctuations and dynamism but with various elements in accord, as opposed to the stifling monotonous unrelenting drone of industry. I think that it will be important to develop and present this theme of harmony as a counterpoint to the devastation wrought by the forces that would stifle the mississippi. the celebration of characters who oppose this destruction, as outlined in the proposal, is beautiful and necessary, but it's interesting to note that they are forces in opposition to those forces opposing the natural energies of the river, a double negative. we must also celebrate the positive. double negative plus positive equals double positive, yeah?
Posted by Dash at 7:25 PM No comments:

I look forward to returning to Minneapolis in January to begin focusing some energies around this project!!! I'm pleased with the delegations of duties and am also curious about what expectations we want to set for ourselves in terms of a timeline/deadline. Maybe we can just think about it for now and when a few of us are together (in January) we could plot out a timeline to keep us on track?

Thanks to those of you who delegated...

Can't wait to see/meet you all!

i agree with all the nominations of roles they all seem very well
thought out and organized. my only question is about the work that
needs to be done before march? what are the goals that should be
completed by each role by the time we meet in march?
i also have a considerable amount of experience in documentation so
unless someone else feels a strong calling for that role i would like
to nominate myself as documentarian(maybe co-documentarian with
someone else?).
i hope you are all doing well.
Posted by Dash at 8:28 PM No comments: